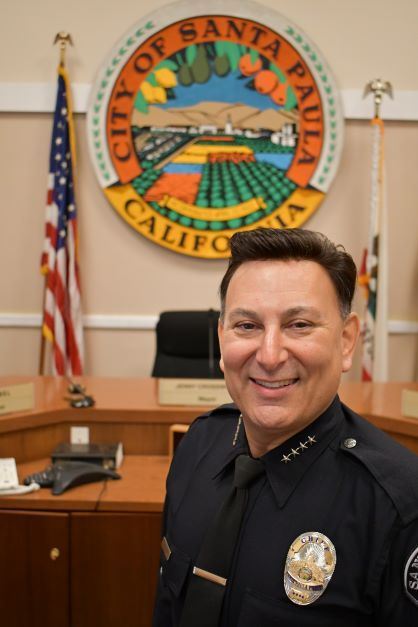 Interim Police Chief Don Aguilar has over 35 years of progressive law enforcement experience in Ventura County.  He has lived in the County for over four decades.

Chief Aguilar brings a wide array of experience with him including assignments in supervision of Patrol, Custody, Administration, Major Crimes, Narcotics, and Community Oriented Police and Problem Solving (C.O.P.P.S.).

He is also a graduate of the California Commission on Peace Officer Standards and Training (P.O.S.T.) Supervisory Leadership Institute and the Executive Development Program.

The Chief is focusing  on community engagement while providing comprehensive oversight of the Police Department to best serve the needs of every citizen in the City.